I’m getting concerned about the state of entrepreneurship – and not for the reasons you might think. The fashionable complaint is that we don’t have enough entrepreneurs, but I’m beginning to wonder if quantity is a red herring.

The entrepreneur game has three kinds of players:

The Promoter is the prototypical freelancer. They practice a form of entrepreneurship that involves creating products/services that are – in effect – marketing material for their skills. Essentially, their “startups” form a portfolio of work they use to demonstrate their skills to prospective clients. They are far more interested in selling themselves (as expert, consultant, speaker, etc) than with the fundamentals of the business model of any product they produce as part of their portfolio. They hope that one of the portfolio products will “be the next Twitter” in much the same way your or I might hope we win the lottery – with long odds, little effort and a lot of luck.

The Glory Seeker is primarily interested in his/her proximity to “the elite” of one kind or another. For the Glory Seeker, being written up by TechCrunch or Mashable is the primary goal. They simply want to see their names on the marque and be spoken of/to by those they consider important/influential. If you’ve ever written some code and and pestered Scoble for a mention – this is you. The Glory Seeker does not waste precious cycles considering things like EBITDA, Operating Income, Revenue Generation or Profit and Loss statements. Their sole calculation regarding any product or service is the likelihood it will garner them personal attention versus the effort required to create it.

The Architect is the person who has the grand plan. The scheme to create a company, and the will to shape a strategy which will not only result in products and services people will want to buy, but which can be delivered profitably. They have no interest in building “loss-leaders” to promote themselves, instead they focus on creating something worth paying for. Their primary goal is the realization of their vision – a vision which is often completely at odds with conventional wisdom. They are the first to admit they lack critical skills required to realize the vision. They understand that the realization of their vision will only occur if they can first find people willing to share it. That is why they annoy you at Social Media Club or AZ Tech Council events by asking what you think and if you’d be willing to help. They annoy the crap out of the Promoters because the Promoter seeks – first and foremost – to get paid for his/her work. They annoy the crap out of the Glory Seekers because what they are doing is both hard and unlikely to get any notice from Scoble.

Here is the problem. From the outside it is very difficult to determine if you are dealing with a Promoter, Glory Seeker or Architect. The Promoter and Glory Seeker will act an awful lot like an Architect if they believe it gets them what they want. The problem is, they are very unlikely to be able to sustain Architect behaviors.

The Promoter begat the Glory Seeker – and together they went forth and killed the Architect.

What concerns me about this trend is that I’m seeing fewer and fewer Architects. The vast majority of those I know are either going “back inside” to lead new product lines or innovation at established companies or becoming consultants specializing in helping Promoters and Glory Seekers once they (or the people who chose to fund them) realize they’ve gotten themselves in over their head.

The behavior of these Architects is perfectly understandable. They realize that in a market flooded with free offerings it will be nearly impossible to generate profit and build a functioning company. They understand that if you can’t charge for it, it isn’t worth investing their effort and money in. The environment is only conducive to business plans that start with large amounts of capital – because you are going to have to give it away until you can outlast or acquire the Promoters and Glory Seekers. This is “freemium”… and it isn’t very attractive when you understand what it really is.

The only winners in this environment are the ones with capital (yep, that’s right, the VC’s). In a Freemium marketplace you need them a lot more than they need you; because in a freemium market the pay as you go startup can’t happen.

I won’t pretend to know how this plays out… but something fundamental is changing in the way we start companies… and I’m not entirely sure it will be a good thing. 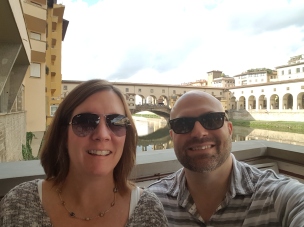 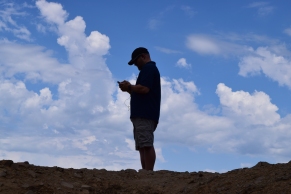