Andy Grove (wikipedia) today (via Wired and Portfolio.com) gives us his Energy Proposal as a third alternative to the ones given by T. Boone Pickens and Al Gore earlier.
Mr. Grove is spot on…

To drill or not to drill? That has been the question this summer as Congress, the president and both candidates debate where and whether we should be exploring for domestic oil. The implication is that this is an important step in reducing our dependence on imported oil.

It is not. Oil—wherever it is produced—is priced, sold and consumed in a global marketplace. Whatever the outcome of this existential debate, any incremental oil will be sold to the highest bidder, in the U.S.—or in other countries— most of which have an insatiable appetite for oil.

Such flaws of strategic logic seem to show up in most discussions on what to do. We must discipline ourselves to follow a more rigorous approach, which can be hard to do given the enormous importance energy has in our lives.

I completely and utterly agree with that. Given our current situation it is far too easy to take oddly comforting approaches that do not change the fundamental dynamic. This leads us to seek solutions that only change one variable (because it is less painful). Every proposed solution does this. These solutions – and sadly Mr. Grove’s follows suit – do not look for ways we can use less by leveraging technology – they simply seek to replace stored energy source A (in this case oil) with energy source B (pick one – nuclear, natural gas, solar, wind, etc). The challenge with that approach is – a Mr. Grove put it – is that these are all finite resources “consumed in a global marketplace”.

And yes, I did say solar and wind power are finite – simply because there is only so much acreage (planet surface area) that we can devote to the capture of this energy – never-mind the space required for sufficient storage.
I know some of you are thinking – “OK, yes sunlight and wind are finite, but ‘cmon we will never run out of those”. To which my response is – we’ve heard that before… ironically about our current favorite energy – oil.

The plans announced recently by T. Boone Pickens and former Vice President Al Gore provide a good opportunity to think through our strategic options, by means of a comparative look. (See the Portfolio.com Green Machine graphic to find out where investors are putting their cash in the clean-tech game.)

I include as a third option a plan to allow cars and trucks on U.S. roads to run primarily on electricity drawn from the regular electric grid.

And here is the fundamental issue with Mr. Grove’s plan. It does exactly what he accuses others of – namely failing to “discipline ourselves to follow a more rigorous approach”. His plan is about re-arranging the deck chairs, not keeping the ship afloat.

What we need is a plan that fundamentally re-assesses our use of energy before re-aligning our supply of energy.

Unfortunately, every time a thinking person broaches the subject of actually reducing our per-capita energy consumption they are hit with the reductio ad absurdum argument that the proposal suggests we go back to the stone ages and roll back the advances of the last 200 years. That logic is not only foolish, but dangerous.

We have to put some things we consider “normal” on the table and ask – with the discipline of a more rigorous approach – Is that really necessary?

Listen, I’ve said it before and I’ll say it again. The most practical, immediate and substantive solution is to STOP THE COMMUTE. Eliminate our wasteful use of transportation. Just think about it… you are propelling 2 – 4 thousand pounds to move your 100 – 200 pound body to an office where you sit all day on conference calls. 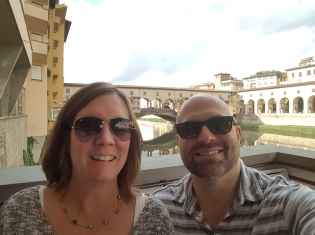