Nicholas Carr (blog, IT Does Not Matter (article), Wikipedia) has written a new book stating that the IT department is dead and that:

Now before you run out and start updating your resume…

Let’s take a look at Mr. Carr’s points in detail…

In 2003 Mr. Carr published a Harvard Business Review article “Does IT Matter” (link above) in which he asserted that IT investments do not provide business advantage (much less durable advantage) because the any adoption of technology is quickly followed by competitors matching that adoption.

It is this fundamental premise that underlies all of Mr. Carr’s writings, including this new book. It is this supposition – that technology is a commodity – that we should question.

Carr’s rationale is that utility computing companies will replace corporate IT departments much as electric utilities replaced company-run power plants in the early 1900s.

Carr explains that factory owners originally operated their own power plants. But as electric utilities became more reliable and offered better economies of scale, companies stopped running their own electric generators and instead outsourced that critical function to electric utilities.

Carr predicts that the same shift will happen with utility computing. He admits that utility computing companies need to make improvements in security, reliability and efficiency. But he argues that the Internet, combined with computer hardware and software that has become commoditized, will enable the utility computing model to replace today’s client/server model.

A commodity (wikipedia) is an offering for which there is demand but little or no differentiation. That label can – in many cases – be applied to corporate technologies – for example, servers (specifically computing cycles) and telecommunications.

Those commodities are – however – HOWs, and when we evaluate specific HOWs we find many commoditized components.

The inescapable reality is, however, that those HOWs are deployed, selected and operated in the service of WHATs that are rarely commodities.

This is precisely where Mr. Carr’s argument breaks down. Corporate technologies are deployed in the service of business plans/objectives which are designed to – in some degree – provide competitive advantage. Given that reality – even if every component HOW (technology) is a commodity they will be at minimum scarce and at best unique in combination. In fact it is only in combination – as an integrated whole – that they have any business value at all.

To clearly make that point let’s extend Mr. Carr’s example above (electricity). Electricity in and of itself provides 0 business benefit to a business – but we have to have it. We have to have it because it is a HOW in support of the business plans that do differentiate. For example, “we’ll provide on-demand software for project management”.

Now let’s examine the other end of the spectrum. Let’s assume we have a business plan that can be 100% enabled by commodity technology. This means every component of the business plan (which utilizes technology) is commoditized – methods, processes, practices, and so on. This is then a business with no competitive advantage, no barriers to competition, no differentiation. The only way for this business to compete with other (largely identical businesses) is on price.

I think what is clear from these examples is that the answer is neither all one nor the other. The reality is that the corporate technology value chain is an ever evolving beast. There will always be new technologies being created which upset that value chain and provide the companies willing and able to adopt or develop them competitive advantage – while at the same time more fundamental technologies will become first commoditized then fully automated and full de-valued.

There is nothing new in this progression (since the industrial revolution) and – while an excellent way to get publicity for a book – calling for the end of corporate IT is folly.

One other quick item – for those of you who think your job is in one of the “commodity” areas – congratulations – you’ll have the opportunity to work for a company that will revolutionize the delivery of that commodity to tens of thousands of companies while becoming the market dominant player in that area… Which is exactly what Amazon is doing for storage with S3… That can’t be all bad. 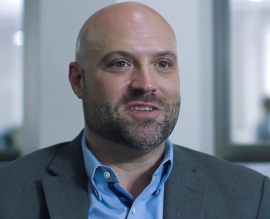 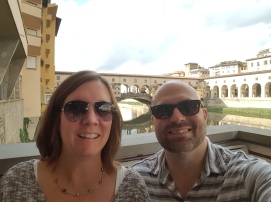 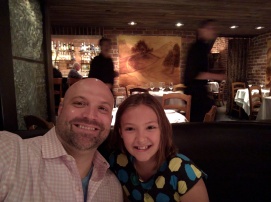