“The Free Software movement is dead. Linux doesn’t exist in 2007. Even Linus has got a job today.” Controversial statements from the head of Microsoft’s Linux Labs, Bill Hilf.

Imagine my shock at Microsoft’s Bill Hilf coming out and saying that free software is dead. What is next… the RIAA saying all music collectors are criminals?

He said that most customers run a distribution – RedHat, Novell, Suse or Mandriva. Most of the work on maintaining the Linux kernel is done by developers working for these distributions, he noted

“They are full-time employees, with 401K stock options. Some work for IBM or Oracle. What does that mean? It means that Linux doesn’t exist any more in 2007. There is no free software movement. If someone says Linux is about Love, Peace and Harmony, I would tell them to do their research. There is no free software movement any more. There is big commercial [firms] like IBM and there is small commercial [firms] like Ubuntu,” he said.

I’ll admit there is some merit to this argument. But it is fundamentally different than saying free (as in beer) software is dead. What is clear is that free software has a business behind it with real revenue generation. Where Bill has it right is that there is less and less volunteer development in major open source projects.

That however, is a result of the realization that there is a business behind free software… but the free software has to be quality software. The real trend is that comercial entities are investing in free software because it enhances thier ability to profit from it. 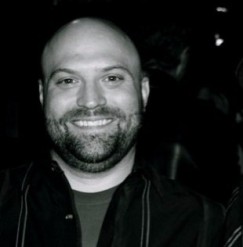